We just celebrated Vinyl Record Day last week, August 12. And in the spirit of this wonderful music innovation — an old innovation, yes; but a true ingenuity it is — we gathered 10 groovy trivia and fun facts you might don’t know of.

The 1st one being August 12 as Vinyl Record Day! This is organised by (you guessed it) the Vinyl Record Day Company – a non-profit organization dedicated to preserving vinyl music, its culture, art and sound. Whilst you could dust off some old vinyl records, you may be surprised to find many modern artists producing music in vinyl format to provide a richer, more immersive experience. Vinyl records may live forever and it’s all thanks (maybe not all, but they did their part to establish a certain day) to the Vinyl Record Day Company.

#2 One of the most expensive records ever sold was by the Velvet Underground and it cost $25,000. The rare disc, which is believed to be the only copy, contained early versions of the songs that would eventually appear on The Velvet Underground & Nico, which is considered to be one of the most important rock and roll records in history.

#3 The widest distribution in the universe was from this vinyl record. Perhaps the most famous records in the universe are the two copies of the Golden Record placed aboard the Voyager 1 and 2 spacecrafts. The Golden Records feature musical selections from different cultures and eras, and spoken greetings from Earth-people in fifty-five languages, and other messages. Each record is encased in a protective aluminum jacket, together with a cartridge and a needle. Instructions, in symbolic language, explain the origin of the spacecraft and how the record is to be played. Today, Voyager is now more than 11 billion miles away from Earth, and so are these vinyl records! 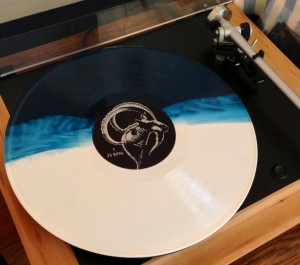 #4 There is a difference in sound between colored and black vinyl.

Most records are black, but there are some rare ones that come in a range of different colors. These colored ones are considered very valuable for collectors because they are harder to find. This, however, is not just for design purposes! There is an actual difference in sound between the two — colored discs will degrade faster when you play them and it will attain more pops versus the regular black ones.

#5 The origin of vinyl records can be traced back to 19th Century France.

In 1857 French scientist Leon Scott developed the ‘phonoautograph’ which used a vibrating diaphragm to record sound waves on paper. The initial intention was for a visual analysis but it laid the foundation for the gramophone. 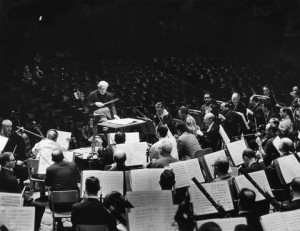 In 1931, RCA Victor introduced a long playing record for home use, with 10-inch discs that were used for popular music and 12-inch discs used for “serious” classical music. The latter was called “Victrolac” and it promised to provide a quieter playing surface. The very first song produced in a Victrolac was Beethoven Fifth Symphony, performed by the Philadelphia Symphony Orchestra.

#7 The best way to store records is vertically, not horizontally.

If you want to preserve your records collection for as long as possible, don’t stack them up! If you stack them up horizontally this can damage the records on the bottom of the pile and they will be impossible to salvage. The best way to do that is to store them vertically on the shelf. 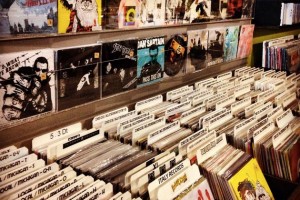 In 2013, vinyl albums grew to more than 6.1 million records sold, topping a steady six-year run of ever increasing sales. This was up 33% from 2012’s record-breaking total of 4.5 million. (Sales from January through June 2014 were charted at 4 million). Billboard reported that 66% of vinyl records were purchased at independent record stores and that rock was the dominant genre purchased, making up three out of every four LP record sold.

#9 A laser turntable has been invented, which will play records without even touching them.

A Japanese based company called ELPJ sells a laser turntable, which eliminates wear and tear on the record by using a laser to read the disc optically without physical contact from a needle. However, the expense of this machine means that it is not something that the average record enthusiast would own – it is primarily used for digital archiving of records.

#10 And finally, you can buy a turntable designed for cats!