June went out with a bang, hundreds and hundreds of auctions later. We’ve still got a few things to say about June and its auctions. As most of our bidders know, we have thousands of auctions starting and ending on our site throughout the month – and some of these are popular beyond anything you could imagine. So we’ve put together a post about our top 5 most popular auctions from our top categories, from the month of June, from start to finish. What Is It?: Breitling Aeromarine Super Avenger Chronograph Watch In Box

What Is It?: Canon EOS-1 D Digital SLR Camera What Is It?: Apple Macbook Pro With Touch Bar 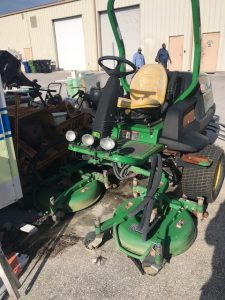 What did you guys think? Were there any auctions that surprised you? Or were June’s top auctions about what you had expected? Did you win any of the items featured? If you have any feedback, leave it in the comments – we love hearing from our bidders and readers! Until next time, good luck, and happy bidding!