Miss Anna Williams is the most perfect profile I had ever seen -George T. Morgan   George Morgan, the world renowned designer, was a too much of Read More In the 1970s, the famous medalist John Pinches created a set of Sterling Silver Medallions, depicting one hundred of the greatest works of art of all time. It Read More 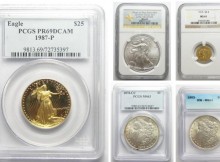 Ever wondered why they are called half eagle when you can clearly see the whole eagle on the reverse side of the coin? They got their nickname “half Read More 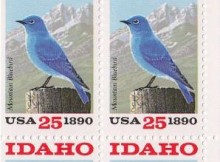 This is a Scarce 1934 $500 Federal Reserve Note in Deluxe Capital Holder and in very fine grade. This specific bill was first minted on 1928 with President William McKinley Read More 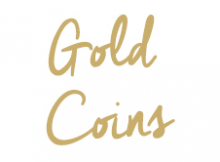 Full of history, lustrous with meticulously designed engravings, all containing pure gold — they’re not only truly beautiful, but great investments as well.To make these coin deals even Read More 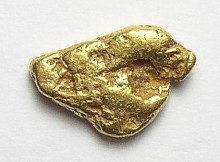 Yes, you read it correctly. Gold nuggets are now more rare than diamonds. While almost all diamonds ever found have been retained, almost all gold nuggets found prior Read More Indian Half Eagle gold coins are among the most beautiful coins the US mint ever created. This is definitely a sought after coin collectible. They are called the Read More