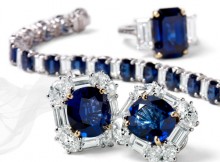 History and Lore of Sapphires The word Sapphire comes from the Greek word “sappheiros” meaning “precious stone”. Sapphires are a variety of the gem species corundum and occurs Read More 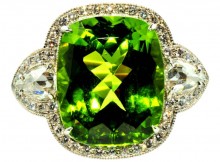 The origin of the name peridot is uncertain. But there are three etymologies that are related to this beautiful green stone: Pedoretès – Latin – means “a kind Read More 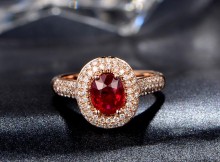 Ruby gemstones are a variety of the mineral corundum and is the second hardest natural gemstone next to diamonds — making them durable enough for everyday wear. A fine-quality Read More 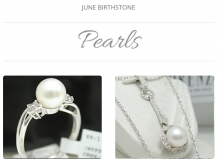 Pearls are unique as they are the only gems that come from living sea creatures and require no faceting or polishing to reveal their natural beauty. It comes Read More 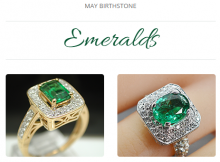 It carries the rich green color of Spring and radiates a beautiful vivid tone. They are most frequently found inside a form of shale — a fine-grained sedimentary Read More 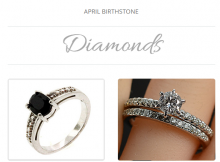 Discovered in India around 500 B.C., diamonds have been the number one treasured stone ever since. The ancients believed that diamonds were hardened dew-drops, crystallized lightning or splinters Read More The word Peridot (pronounced pear-a-doe) is derived from the Greek word “faridat” which means “gem.” It is the birthstone of the month of August and also the Read More